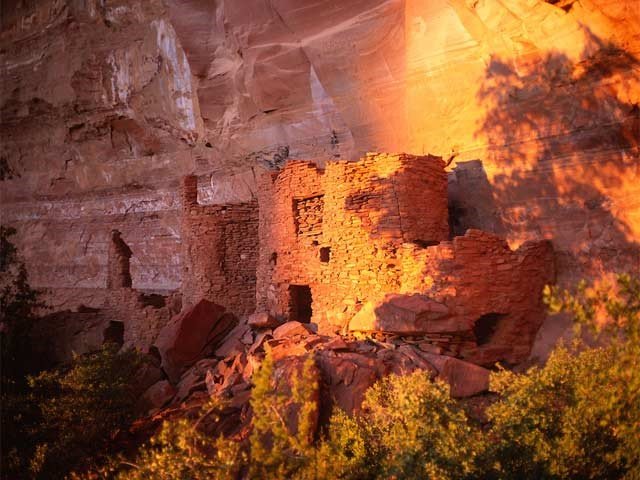 Join Larry Lindahl as he takes you on a photographic tour of ancient archaeological sites in Utah, Colorado, New Mexico, and Arizona. You’ll visit 50 national parks, national monuments, state parks and other cherished sites in the American Southwest. Through his images you’ll go back in time to where the ancient people built their cliff dwellings and created rock art.

In his new book “The Ancient Southwest”, Lindahl captures the essence of these locations in more than 130 spectacular images. From a personal quest that has lasted nearly 20 years, Lindahl has photographed not only the well-known ancient sites such as Mesa Verde, Canyon de Chelly, and Chaco Canyon, but he has traveled to lesser-known sites such as San Rafael Swell, Sego Canyon, and the mysterious Hovenweep.

Lindahl will discuss the variety of challenges in bringing this comprehensive collection of images together. During the project he photographed ancient artifacts and he will explain a few of his methods for photographing ancient tools, beautifully decorated pottery, and intricate dioramas. He will cover his use of night photography, light painting, HDR processing, and talk about working with Native American guides, aerial photography shoots, and backpacking to remote ancient sites.

Life is most interesting when we appreciate its tome of contrasts. Jane and I first set foot in Alaska in the small coastal town of Ketchikan. Walking past buildings old and new, we came to a creek … END_OF_DOCUMENT_TOKEN_TO_BE_REPLACED