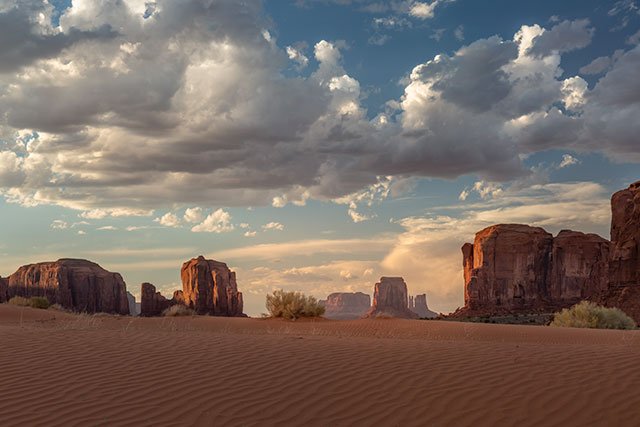 Finding a new perspective can be as simple as turning around, and focusing the opposite direction, then had been the original attraction. After a dusty, bumpy journey to a well-known icon in Monument Valley, called the Totem Pole, a feeling of wanderlust called me in the other direction. I found myself climbing up into the silence of softly-rippled sand dunes. As I crested one of the tall dunes an intriguing vantage point of the mysterious, faraway, stoic and towering, sandstone monuments was revealed. Thankful that I listened to that quiet voice of artistic wisdom.